"Don Williams is precise, efficient, direct and simple.
He is so very deliberate, which I believe is
the most honorable way to be."
Jane Levy, Star of "Suburgatory" on ABC

"That's the whole point of technique and training.
For you to finally let go
and trust that the work is there."

"Don is a true friend of the actor: He manages to be
both supportive and generous,
while also pushing you to grow and get better."
Caitlin Fitzgerald, currently on Showtime's Masters of Sex?

Don’s professional career began with appearances on stages from the California Shakespeare Festival to the Denver Center Theatre Company, to the Neighborhood Playhouse and points in between. Don has appeared in numerous national and regional commercials and industrials spanning over 20 years. As a director, Don’s work has appeared regionally, off-off and Off Broadway. Don’s production of Lebensraum was produced at the Abingdon Theatre in New York City and the critically acclaimed Long Way Go Down at the Harold Clurman Lab Theatre, Los Angeles.

From Don:
I began my career as an actor in the San Francisco Bay Area working primarily in commercials, television, industrials and theatre. While living in San Francisco I found a passion for directing and teaching. 20 years on I have directed over 120 plays on the regional, Off-Off and Off Broadway stage, served as the Head of Acting for the prestigious Stella Adler Studio of Acting and have had the honor of teaching and directing some of the industries finest actors working in film, television and theatre today. Since relocating from New York to Los Angeles in 2011, and taking over as Associate Artistic Director of the Art of Acting Studio LA, I have developed a methodology that helps actors from all schools of acting and all levels find simplicity, passion and success in their auditions and performances. The truth is what the camera wants and demands and everything I teach is about finding it in the most direct and honest way. 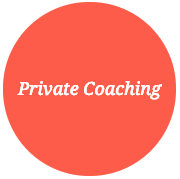 In addition to coaching, in conjunction with Reel Momentum, Don can write and develop a reel scene for you. Please check out Reel Momentum here.

Confidence and freedom. The foundation of any strong audition, rehearsal, take, shot or performance comes from confidence and freedom: the confidence that you know what you are doing in any given moment and the freedom to let go of all that you know. In my 10+ years as Head of Acting at the Stella Adler Studio NYC and associate artistic director of the Art of Acting Studio LA, and my 25 years of experience as an actor, director, teacher and coach, these two things are what come up the most in conversation with successful actors.

Confidence comes from having a repeatable and consistent methodology for attacking any medium. When you walk into the audition room, rehearsal space, set or soundstage you want to feel like you are ready with whatever gets thrown at you. And it will get thrown. Hard. Knowing you are ready for anything is the most important feeling you can bring in to any acting situation. It ain’t rocket science. It’s craft. And I work with every fiber of my being to get you there.

Freedom comes from knowing you are ready and have the guts to trust that YOU will take care of you.

My teaching is grounded in these two principles. I seek to help all actors understand the liberation of being free in any setting. And my goal is always to get you the actor prepared to walk out of that room, set or stage feeling like you have done nothing but your level best. You get the job, you don’t get the job. Doesn’t matter. Too many variables. You feel like you nailed it and controlled the things YOU could control? Now we’re talking.

Simplicity is the key to success. By identifying the simple, passionate signposts of any moment, scene, commercial copy, screenplay or play you can feel confident in “letting go.” From this, you have found the true key to great acting: a strong and simple door that opens to a world of unconscious complexity, artistry and spontaneity.

I often refer to, oddly enough, The Lion the Witch and the Wardrobe when talking to students about the freedom and actor needs to succeed. You have to get inside the closet. You have to stay in there and understand every crack and crevice, every piece of lint in the pocket and shoe on the floor. Then you can push through the wall in the back and go find a lion to talk to, a world to get lost in and a kingdom to save.

“Don Williams is precise, efficient, direct and simple. He is so very deliberate, which I believe is the most honorable way to be.”

“Don is a wonderful teacher who is exceptionally committed to helping his students achieve their best. Also, he?s handsome. Seriously. He really pulls off that hair. I couldn’t pull off that hair, could you? Anyhow, Don is an even better teacher than he is handsome, and as I just said, he’s very very handsome.”

“Don is a true friend of the actor: He manages to be both supportive and generous, while also pushing you to grow and get better. You cannot help but be inspired by Don’s passion and excitement for this work. I feel very lucky to have gotten to work with Don early in my training as an actor and I am definitely better because of it.”

“I have had the privilege of spending countless hours watching, working, and learning from Don Williams. He has taught me more about storytelling and working with actors than I learned in all four years of film school. For my own work, I have stolen some tricks and quick fixes from his toolkit, but for Don, acting is not about finding easy solutions. It’s about being the ultimate storyteller, with an objective of finding how you, the actor, fit into that story, and then communicating that story as truthfully as possible.

Over the years, it has been fascinating to watch the way Don’s mind works, and how he deconstructs structure—be it the structure of a play, scene, speech, poem, or even just a small piece of text. His ability to pinpoint “the heart” of a scene is unmatched. He uses this road map to elicit some of the most organic, complex and emotionally raw performances I have ever seen.

At the start of a process, Don has high expectations for his actors. As a teacher, and a director, he has done his work, and he expects you have done yours as well. All of that work is a starting point, a jumping-off point. He sets this bar because he knows anything less is not worthy of being on stage or on screen—only by starting there can the real work happen. You come in ready to rock and he will mold you into greatness.

Because after all, for him, this is playtime. Don is steadfastly passionate about the work, and comes into the rehearsal room with a sly grin on his face, excited to play around and get his hands dirty. The goal: how to best serve, articulate, execute, expose and communicate the writer’s story. The actor does not stand alone in a room with a camera, they are part of a team of storytellers and need to seamlessly find where they fit into the grand scheme. Some of the best acting I’ve seen Don pull out of actors is when he has helped them realize this fact.

What I also admire about Don is his efficiency. This business moves incredibly quickly, and you have to match that speed, but bring with it an emotional truth, compassion, and sensitivity. Not an easy task, but the way that Don achieves this is honesty. Don can be brutally honest to a fault, but with that, comes the reward of specificity and preciseness in his feedback. If you want a coach who will coddle you and tell you what good work you are doing, Don is not the coach for you. But if you want someone who will pull the best acting you’ve ever done out of you (which is I think why you are reading), then the choice is a no-brainer. Approach Don with an openness and receptiveness to direction, and he will steer you down the right path.

He knows how to organically build a character from the ground up, he has an unmatched talent at stimulating an actors ability to listen, he finds a way to communicate direction despite an actor’s diverse background or training, he is a master of the classical to the contemporary. From drama to comedy, minimalism to farce, sitcom to one-hour-drama, there is no style Don is unfamiliar with and nothing he can’t prepare you for. He has my highest recommendation.”

“The best coaches in anything, whether they be acting coaches or those of championship sports teams, raise the bar. They challenge you to test yourself, exceed limitations and strive beyond the boundaries of what you think is possible all while nurturing your potential, and Don Williams ranks up there with the best of them! He has an artist’s intuition and an extraordinary insight into the human condition. Don creates an atmosphere of trust which allows for the actor to truly explore impulses without having creativity stifled. It is often easy to over-complicate things as an actor, and Don is a vital ally in stripping away the extraneous and getting to the heart of a scene. His guidance and insight have consistently elevated my work as an actor.”

“Don is one of the most influential teachers I have studied with. His passion and attention to craft is inspiring. He infused hard work with a lot of fun to create a safe environment to take risks and learn. He helped lay the foundation for my craft and I still relish the opportunities to work with him and tweak my understanding of technique and acting. Plus, and I really can’t overemphasize this enough, he really cares about his students and has their backs; which in this industry is rare and worth millions.”

Arjun Gupta, Nurse Jackie, How to Get Away with Murder, The Magicians

“When you’re studying with Don, you learn how to attack the work. Objective, circumstance, those are the foundations, and you move from there. When you work with Don, you work with a master teacher whose vocabulary and skills can be fitted to anyone, be it experienced veteran or fresh faced novice. A fantastic and caring teacher with a rockstar approach to craft, I am incredibly proud to say I’ve studied with him.”

“Don pushes you to deepen your commitment to your truth as an actor. He has an incredible knack for breaking down a scene in a way that connects your own humanity to it. He will work with you to hone your craft in order to produce your best work consistently. If you want to learn from a master, learn from Don.”

Judi Bosita, All My Children, Days of Our Lives

“Don Williams was my teacher at NYU and as soon as I found out he was coming to LA, I jumped at the chance to work with him again. Don has the ability to bring the best out of every student by establishing a standard of excellence from the very beginning, whether he is directing a show or teaching a scene study class. He connects with each student on an individual level in order to challenge them to work on areas of their craft that may be out of their comfort zone, while creating an environment that is safe and friendly. I would recommend Don to actors at every level of their training.”